On 1st June 1939, through series of bizarre accidents, the Thetis Submarine sank in Liverpool Bay. 99 men died that day, with a further life lost investigating the wreckage on 23rd August. The submarine was finally dredged on Sunday 3rd September – the day war was declared by the UK. In Greek mythology, Thetis is the water Goddess whose wedding was made infamous by the snubbed chaos Goddess Eris, who tossed in her Golden Apple, leading to the Judgement of Paris and consequently the Trojan War.

Next to the Cammell Laird Shipyard where the Thetis submarine was built, the 12th Century Birkenhead Priory, complete with the exposed remains of the 19th Century St Mary’s Church, sits in striking juxtaposition to the mammoth ships of Merseyside’s largest dry dock. Each of the 100 lives lost in the Liverpool Bay are commemorated on bricks aside the spiral staircase in St Mary’s Tower.

We intend to hold a Ritual at the Priory honouring these men, predominantly drawing from the Tibetan Buddhist Bardos but also weaving in Christian, Druid and Greek elements….with a dash of Robert Anton Wilson, Discordian humour and Cosmic Love. 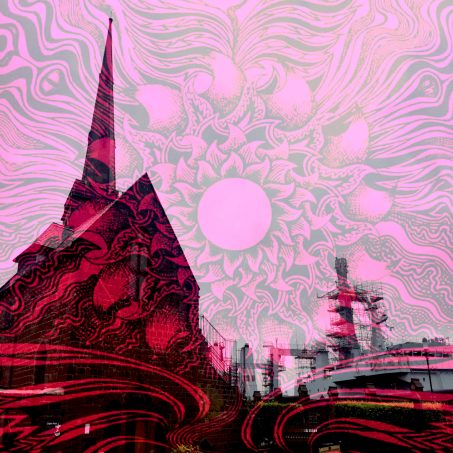